The Super League of solar platforms 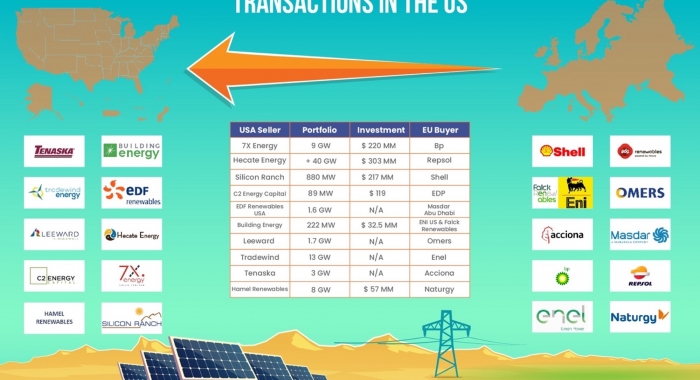 Over the last couple of years and specially the last six months alone, we have witnessed one trend stand out noticeably. We have analyzed this trend and have easily put together no less than 10 major Solar Platform transactions announced merely in the last 24 months and discovered that most of these transactions have one common factor: they all happen in the US market. However, this will surprise hardly anybody.  The US market is the largest renewables market in the world after China, which makes it de facto the first market in the world, given how impenetrable the Chinese energy market is for foreign players.

Decarbonizing the biggest economy in the world is going to take a lot of giga platforms across solar, wind and storage with ambitious multi-GW targets across the utility, industrial, commercial and transportation sectors. There are different types of investors driving these transactions. Oil majors are one of the major sponsors behind the launch of the new giga platforms, as they pursue the objective of decarbonizing their own balance sheet. European utilities are the second most active sponsor in terms of platform acquisitions in the solar/renewables space, given the pressing agenda they also pursue to decarbonize their base of generation assets.

Defining factors of a Solar Platform

A renewables platform generally comes to existence in two ways: either funded internally by the own company or acquired in an M&A transaction. A common factor that applies to both scenarios is the existence of a key management team, either a legacy team or an already existing company team assigned to that platform. The incidence of the quality of the management team in the value of a platform cannot be neglected. We estimate that in any transaction that involves the acquisition of a platform, the company team can justify a premium on top of the objective valuation of the platform assets. In some extreme cases it could also justify a penalty on the valuation of the asset component of the transaction, but this case is more unusual.

Another significantly defining factor that makes a platform a platform is the size of its renewable targets which tend to be a high multiple of existing and available capital at platform level. Developing and building five or even ten gigawatts within a decade is a rather bald bet that can be only accomplished if the management team has got not only the know-how but also the proper incentives. 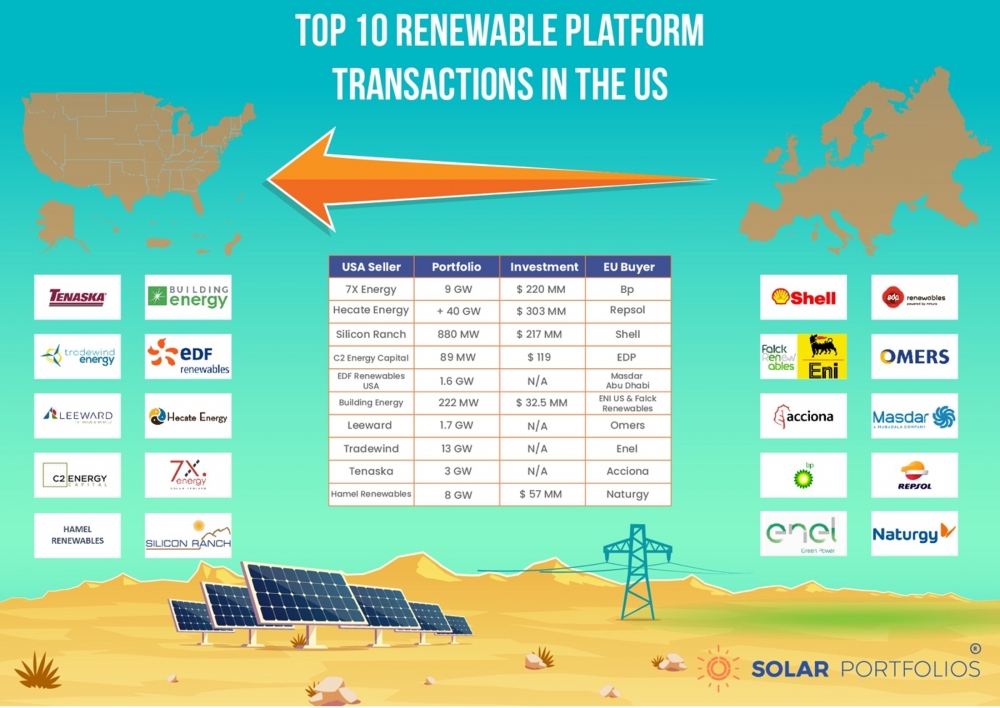 An approach to platform valuation

To talk about platform valuation in this article could be considered a bit pretentious if we were aiming to teach how to value a platform. Instead, we prefer to talk about an alternative approach to valuation, rather intuitive than empirical, that can be used as a valuation check.

A very representative renewables platform will contain several operational and contracted assets in the few hundreds of MWs and a development pipeline in the GWs. The team component is more delicate. Depending on the transaction, the quality of the legacy team can justify a premium that we estimate can reach a maximum of 50% under optimal circumstances but that will generally hover more often around 10 to 25% only.

In other words, the value of a given platform could be easily plotted as the sum of the DCF valuation of the operational assets and the market comps valuation of the greenfield assets multiplied by the perceived company team factor which we estimate to be between a min value of 0.75 and a max value of 1.50. We only consider a min value of 0.75 because we can’t foresee a situation where the company team factor could penalize an asset valuation by more than 25%. On the other extreme, a max value of 1.50 is considered for this factor as we see highly unlikely that a premium above 50% can be justified, unless Elon Musk is running the whole operation.

Great opportunity to invest in US MultiGW Solar Platform. DOWNLOAD THE TEASER

Solar Portfolios is working on the sale of a great US MultiGW Solar Platform: If your company (or client) is looking to enter the US market through a M&A acquisition, dont hesitate to give us a call to discuss a couple of opportunities